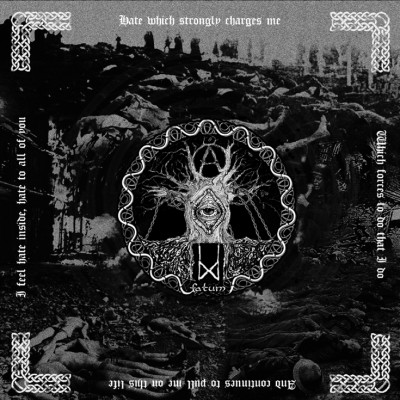 Apocalyptic metallic crust primitivism, Moscow's filth-caked Fatum have been channelling Amebix and Hellhammer since 2008, pushing their assault well of the heads of most crust thrash revivalists with some driving buzzsaw riffs, cavernous reverb, tar-thick grooves and the occasional atmospheric interludes. One of those bands who seem more than happy with the increasingly cringeworthy 'metalpunk' brand, 'Skverna' is more than just a gutsy rampage through the same old over-referenced territory - it's oppressive and mean, and it's only drinking music if what you're drinking is neat vodka, and you don't plan on ever stopping.

This is crust punk to wake up alone in a pool of vomit to, and despair.