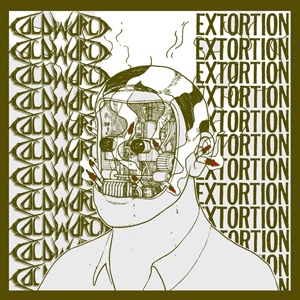 BACK IN STOCK!!! After 2008's "Hands Off Our Music" 7" (Shortfuse Records) with its furious, brutal delivery, Vienna's COLD WORLD are back with this first full new recording since reuniting + 4 years ago.
The focus on COLD WORLD's side of the split 12" with Australia's powerhouse EXTORTION lies on their 80's-Highspeed-Hardcore roots (the 3 core members having played in Austria's premier Hardcore Punk band EXTREM) and early Powerviolence sound which they helped initiate on the European side of the Atlantic with releases on labels such as B-Core and Sound Pollution.
However the band is proudly still breaking every rule of the Punk Police, even if this means another 25 years in blastbeat obscurity away from any D-Beat, Noise-Punk, Post-Punk or whatever-hype that just happens to be the retro flavor of the moment.
COLD WORLD never fit in anywhere and couldn't care less about changing this situation in 2012.
EXTORTION with 11 new Hardcore attacks, you know what you have to expect!!!
2nd Press on clear vinyl.