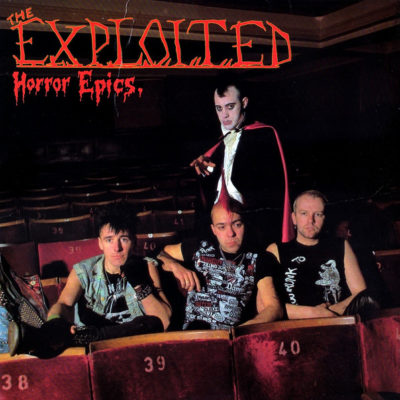 Long awaited reissue of the 1985 album of the most iconical of all the UK82 bands, THE EXPLOITED. Originally out on the small belgian Konexion label in Europe and the legendary Combat Records for the overseas market, 'Horror Epics' reached number 17in the UK indie chart top 20, and is still considered an absolute classic of the genre. This superb deluxe reissue, exclusively licensed by Wattie Buchan himself, also features 2 bonus tracks from the original cassette version, also included in the 2004 release on Captain OI! Limited to 500 copies, it also comes with gatefold vinyl sleeve,  liner notes by Mark Brennan, and a never-published-before Rikki Ercoli's photo in a 50x40 poster included!