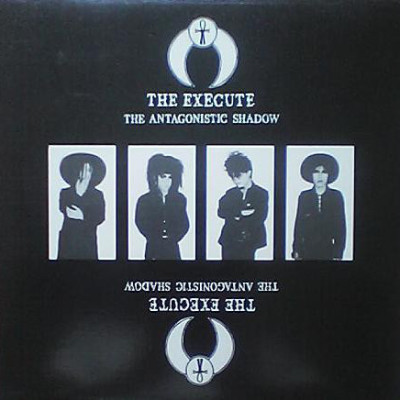 Reissue of the Execute's album from 1988. By this time they had gone full post-punk, death rock, but it's a very unique and interesting take on the style. From what I read on the liner notes this would appear to be The Executes one and only full length. Most people would remember them from the Split 12" with German punk's Inferno released on Pushead's label. This is way less thrashy than their earlier work and as with Gastunk they seem to have taken a large influence from UK heavy weights like the Cult and Killing Joke. This is a great record for those sombre moments, it has a lot of really nice guitar work and some awesome vocals. "The Human of the Ghoul" now is that an awesome song title or what!!