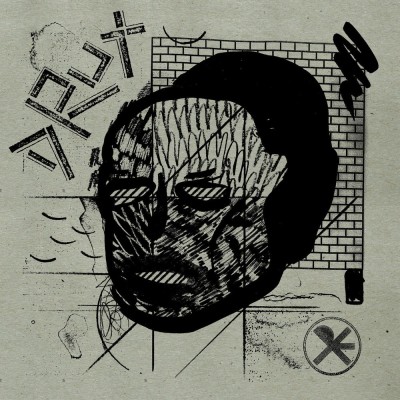 Straight ahead 80s style influenced hardcore filled with punching mid tempo parts, showing hints of classic Boston style like SSD with the UK82 sound of Chaos UK. There‘s a video of an old Negative Approach show where a bunch of young Hardcore kids are going wild in front of the stage. They were singing along and slam-dancing to every single song. Every time I think about this gig I’m like ‘Damn, I need to time-travel straight to the 80’s’. As this won’t work out in the near future I’m more than stoked about the fact that there’s a new band from Leipzig / Germany that brings back the same energy and the same raw style that my heroes from the past had to offer. The first full length release from DRUX makes me wanna cut my hair with a rusty razor and to smash my head against the wall, as every single song brings this positive kind of aggression I’ve been searching for far too long. Not only the band’s live performance and also the recordings feel like a hit in your stomach. Songtitles like ‘Disguise Yourself’ and ‘Bondage’ already indicate to which kind of Hardcore DRUX wants to tie up the listeners to. Ten songs that feel like a whips’ lash on your naked ass. It’s literally one of the best records you’ll find in 2018