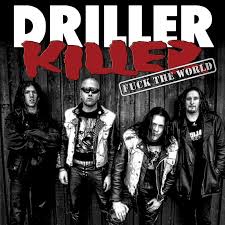 BACK IN STOCK!!! Driller Killer’s third album originally released on vinyl as a hand-numbered edition of 1000 copies by Osmose in 1997 and out-of-print now for over 20 years, it’s about fucking time FTW is back on wax!! Thirty-two minutes pave way to sixteen down tuned skull-cracking tracks of Sweden’s finest unadulterated friff-laden metal punk. Iron-clad production with a clear, balanced, burly mix of titanic guitars and pummelling drums welded together by the deep and aggressive voice of Cliff Lundberg. FTW is the third release in a series of 8 DK albums coming out on Unrest Records, and the musical equivalent of a twenty-ton tank looking to mow you down in your tracks!!