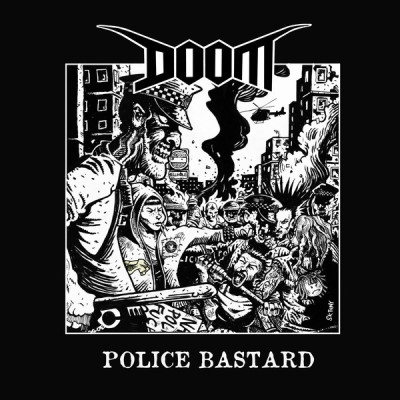 BACK IN STOCK!!!
Doom - Police Bastard…Repress of the 1989 classic. - Five songs recorded in 1989, during the same session in which they recorded their brilliant split LP with NO SECURITY. Considered by many to be their best early material, this classic EP contains the songs "Means to an End", "Relief, Pt. 2", and of course, "Police Bastard". This was the second release ever by Profane Existence Records and is considered a masterpiece of "crust". There are at least five different versions of the cover, but all of the Profane Existence vinyl were made using plates copied from the original "mothers".