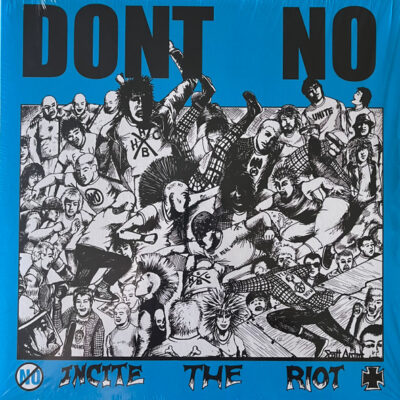 The one and only LP from Southern California Hardcore band Don’t No. The LP was released in 1986 on National Trust Records and has never been reissued until now. These days it’s a sought-after collectible So Cal Hardcore artifact. We here at PNV are reissuing the LP and making it available once again. Fast, furious, blazing intense Hardcore Punk from Playa Del Rey near Los Angeles. Their debut 7” (1985) was released on Mystic Records and they were included/featured on some of the most iconic Punk/Hardcore comps of the 80s such as “We Got Power (Party or Go Home)” (1983), “Party Animal “(1984) and others.