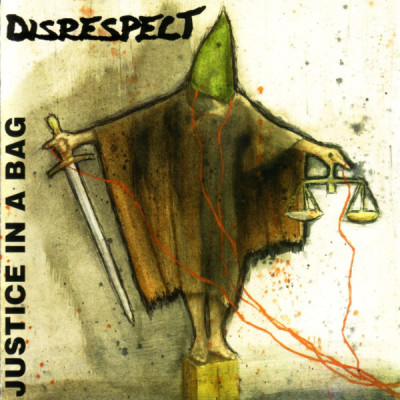 DISRESPECT started in Minneapolis as a classic 80’s punk rock cover band by former and current members of DESTROY, MISERY, CIVIL DISOBEDIENCE, etc. and eventually started writing original songs in the same spirit. This is 80’s style anarcho-type punk with three vocalists (two male, one female). In 2004 they released their first two EP’s (the self-titled debut and Justice in a Bag, from which the cover artwork originates). Shortly thereafter, giving in to the digitally-impaired, DISRESPECT have collected their 2004 EP tracks onto one compact disc, which also features three previously unreleased covers from the likes of ABRASIVE WHEELS, L7, and TURBO NEGRO. While not a complete discography, this remains the largest collection of DISRESPECT songs on any single release to date.