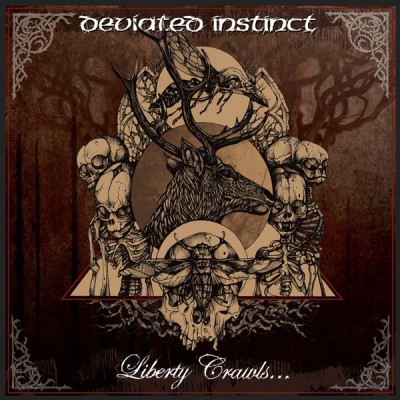 BACK IN STOCK!!! 2012 Release from Stench-Core Legends!
Deviated Instinct formed in 1984 and were a crucial pioneering band in the early British punk/metal scene.
Along with bands like Antisect and The Amebix, Deviated Instinct’s music has influenced legions of bands and helped to define the sound we know today as "Crust". This limited 4 track 12" EP is pressed onto audiophile 180 gram black vinyl @ 45rpm for a full fat sound. In keeping with the heavier black vinyl the artwork has been slightly 'remixed' to give the sleeve a darker, more foreboding aura. Also includes the full digital album download which includes a track from the same recording session for their split 7" with Summon the Crows available on Nakkeskudd Plater, PLUS a special bonus track and full release artwork and booklet/lyrics.