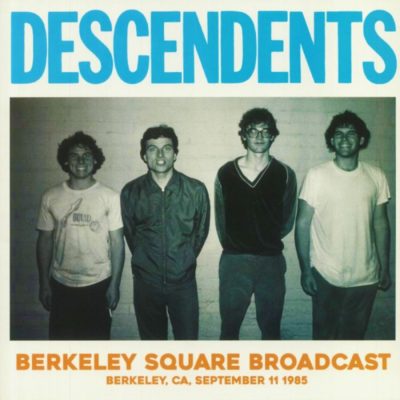 Mandatory Descendents live show recorded right after the release of their classic second album ‘I Don’t Want To Grow Up’. The tour marked the end of a two-year hiatus for the band, during which singer Milo Aukerman had attended college and drummer Bill Stevenson had joined Black Flag. I Don't Want to Grow Up was the first of two albums the Descendents recorded with guitarist Ray Cooper.