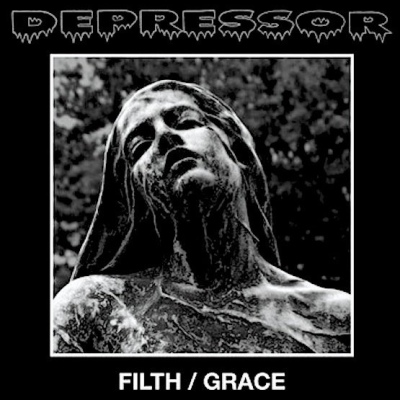 Apocalyptic deathcrust conceived midst the urban decay of Oakland; expanding upon the machine-like dirges of early GODFLESH and PITCHSHIFTER with the socially aware attitude akin to AMEBIX and AXEGRINDER.
The "filth/grace" LP represent the earliest incarnation of DEPRESSOR, originally available as two home-dubbed cassettes- "filth" and "grace" (1995 and 1997, respectively) - available only in underground tape-trading circuits.
This release sounds as vital as ever both due to the masterful songwriting skills and the true motives behind the songs.
Available in 500 copies only!!