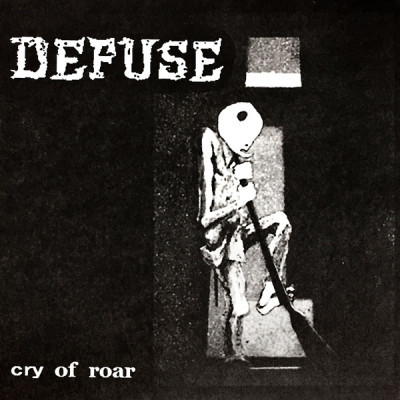 Osaka Final · Noise · Ladies · Crusher Hardcore "DEFUSE" !!! Originally Osaka legendary Kurasuto Series · Gig, FINAL NOISE ATTACK Four girls' classes who came in and out as customers at the end of the year gathered and formed in 1996, My pace While performing a busy broken noisy live activity, he released a first demonstration in 1998, in 2000 he released a SPLIT single with an overseas band from the ANSWER record in Nagoya, and also participated in a certain omnibus but dropped out of the drummer It seems that activity had been paused for a while after a while. In recent years, however, in recent years, they rejoined the new female drummer and resumed their activities. With their rare live show, they showed an unparalleled presence unique to DEFUSE. They released a new work for the first time in about ten years! Burning noise · guitar, black swell base , A crushing as a cursed killing crushing drums and screams are blended together as a whole and the rash black harsh noise low row and slash all three songs HC all three songs and 7 inches single record board which is almost impossible for the recent MCR Release at! And Yu also this release promoter is Mrs. MCR president!? It is too terrible! AAAARRRGGH !!! (JACKY CRUST WAR)