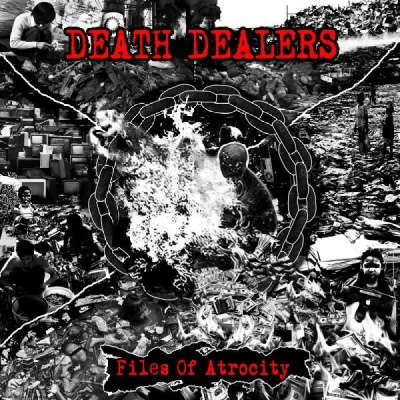 DEATH DEALERS is the band formed by vocalists Dean and Phil from king of UK crusties EXTREME NOISE TERROR, RAW NOISE member, and also ex-ANTI CIMEX member!!!
And yes, their sound is, thanks to DEAN＋PHIL, ultra‐extreme, brutal‐bulldozing crustcore attack!!!
And also must be said, their sound is much original than those typical scandinavian HC/Crust bands, more intense than today's ENT but not unlike late ANTI CIMEX & WOLFPACK!!!
In battefield, there's no misery, RISE OF CRUSTIES!
Prepare for the attack!!!