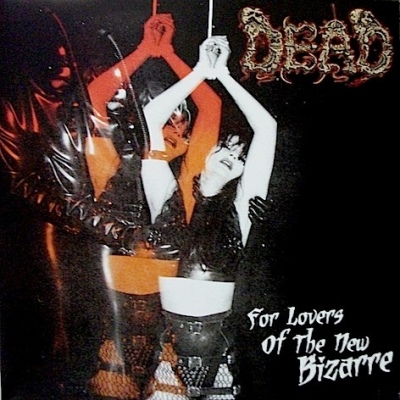 For Lovers Of The New Bizarre NO COVER (LP)

The very unofficial “Dead” debut album released in 1994 by Poserslaughter Rec. as a split cd with Regurgitate now coming back to life for the first time on exclusive 12” vinyl!!!!
Be sleazy or be dead!!!!
DEAD was founded in Nuremberg by Dany R. (g/v), Uwe S. (b/v) and Peter K. (d/v) as a pure gore-grind band early May 1990.
Musical role models were particularly CRCASS, PUNGENT STENCH, and AUTOPSY.
DEAD released 5 albums and 5 splits, sharing their records with band such as REGURGITATE, HAEMORRHAGE, GUT, MEAT SHITS and BUTCHER ABC!! Grind Block Records gives you a chance to taste the old school sensation of their very album debut, for the first time released on vinyl!!!!!
IT COMES WITHOUT COVER!