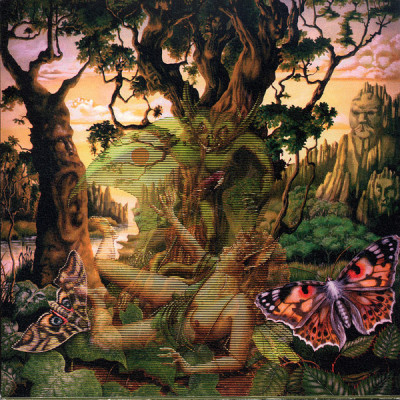 My first attempt to this record was "why the hell should anyone repress a 1996 record by the Damned?". I was totally wrong. this record is as good as their golden era ones. Imagine Phantasmagoria mixed with Machine Gun Etiquette. It's been originally released as "Not Of This Earth" and this one comes in red/purple marbled vinyl and it's pretty damn rare.