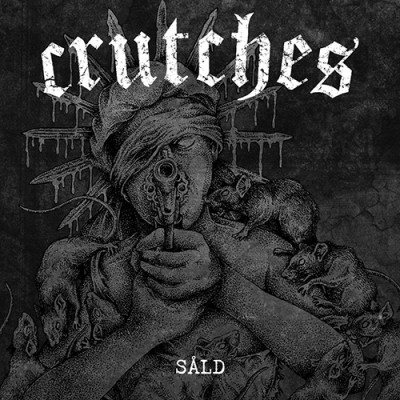 11 new track of raw unrelenting d-takt which follows the aftermath of the 2015 LP "FörlOrAD" the latest addition sees Crutches bulk up their line up with Eddie on guitar who joined the ranks in the wake of the last release.
The enforced Crutches run amok amidst a thunderous barrage of drums and wild guitars kicked into overdrive. With socio-political lyrics snapping at what is perceived normality and forever mangeling towards freedom.