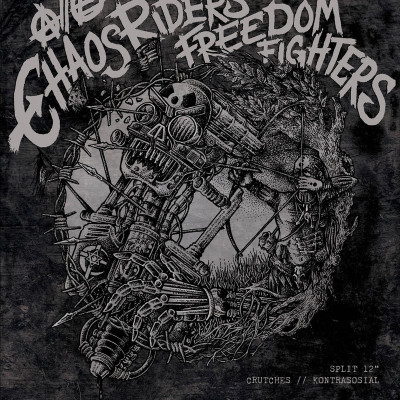 CRUTCHES, from Malmö/Sweden, deliver a fast and full throttle wall-breaking attack of d-beat punk aggression. Raw, brutal and straight to the point. Exactly what we’ve come to love and expect from a band that has become a well-known name in the punk community. Kontrasosial, from Bandung/Indonesia, shoot out eight brilliant crust tracks. Influenced from a 90’s Swedish hardcore and United States crust. It is a perfect blend of late-era ANTI CIMEX and bands like SKAVEN and STORMCROW. Lyrics are against topics like fascism and political corruption.