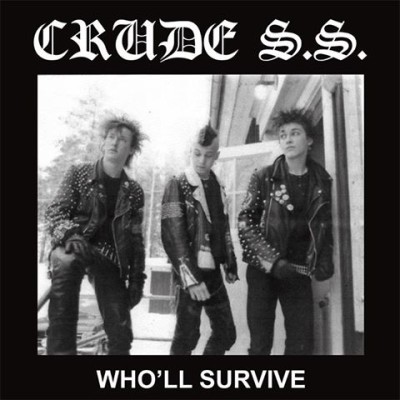 BACK IN STOCK!!! Pioneers of the early D-beat scene, Crude SS need little introduction to the extreme punk record-buying audience. Formed in Fagersta, Sweden in 1982, C.S.S. helped define the whole ‘crust-core’ subgenre, along with their pals Anti-Cimex and Mob 47. Hints of extreme metal à la Venom and Celtic Frost, mixed with the UK hardcore approach of Conflict, Crass and Discharge were the main ingredients for a recipe which allowed the band to build a following for 35 years to come. This complete discography collection, made with full cooperation from the original members to support a few long-awaited reunion shows planned for the summer of 2015, features the entire ‘1000 Dead Cops’ demo tape from 1982, their legendary 1985 ‘Who’ll Survive’ 7” and their contribution to the 1985 ‘The Vikings Are Coming’ V/A LP, along with an unreleased 1984 studio track and a live one.