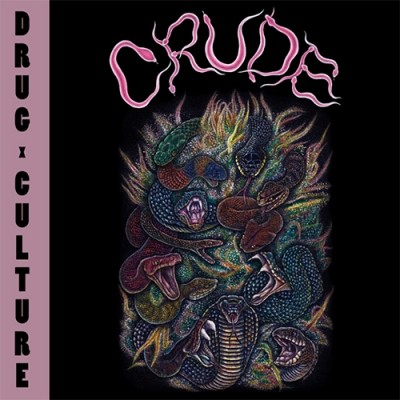 Brand new LP from this long-running and killer Japanese hardcore band. Crude been around since 1995 and have come to define the 'Hakodate sound': melodic and layered Japanese hardcore played with heart and drive. Japanese hardcore with virtuosic playing and tons of bizarre twists and turns in the songwriting. Not unlike later GAUZE stuff, the songs jerk back and forth in ways that barely make sense but still just work. Here you'll get no fancy, car-stereo, diamond-sound album. The album is recorded on a four-track. Six raging songs of pure rawness and rage combined with blazing melodies. This release is way more stripped down compared to most of their former recordings and they wanted it to be this way to show of their dirty side. Pure 'Burning Spirit' hardcore at its best!!