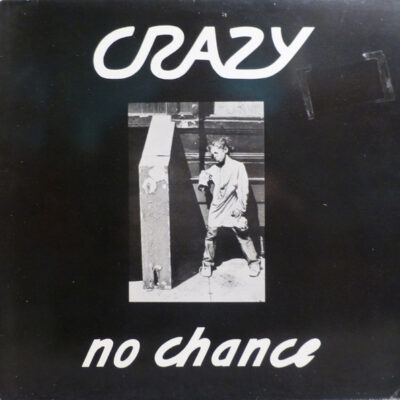 The first ever reissue of this amazing Swiss Punk artifact. Originally released in very limited quantities in Switzerland and Germany only in 1980. Crazy were an early Swiss Punk band hailing from Luzern - active from 1979 until the end of 1982 or early 1983.They managed to release this one influential and highly collectable album along with a much sought after 7” EP in 1981. Crazy released the first independent Swiss Punk LP which was recorded in a mere three days at the Sunrise Studios. Crazy were the considered by many as the flagship of the second Swiss Punk generation. This album is one of the top ‘Must Have’ Swiss punk albums. Loaded with hard and uncompromising social-critical lyrics, fantastic driving catchy Punk, sung mainly in Swiss-German, the great straight-forward sound and the subtle political undertones, inspired many others to also form a Punk band in the early 80s. Now thanks to PNV Records you can hear for yourselves what maybe one of Switzerland’s most convincing Punk acts ever! Killer!!!