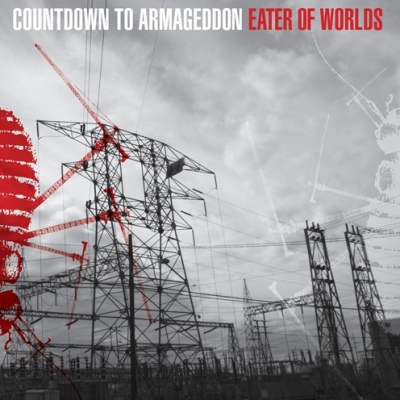 Five years since their s/t 7” on Aborted Society, COUNTDOWN TO ARMAGEDDON return with their first full-length release, Eater of Worlds.
Based in Seattle, WA, CTA took a long hiatus following West Coast and US tours, and returned in 2008 to write new material.
Dark, atmospheric crust with heavy post-punk/darkwave undertones, this is an 8-song 45RPM 12” vinyl release with a free download card for MP3 versions.
Influences on Eater of Worlds range from TOTALITÄR to KILLING JOKE, while remaining unique and cohesive.
Members of current and former projects such as: MEISCE, BOOK OF BLACK EARTH, CITY OF DUST, PHALANX, CLUSTERFUX, THE FACET.
Recorded by Stan Wright at Buzz or Howl Studios in Portland, OR.
500 copies on red vinyl.