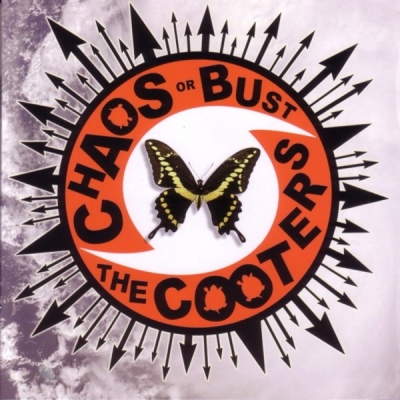 Fresh on the heels of their much more serious epic Punk Metal CD, THE COOTERS unleash the animal inside with this digital party on a disc called Chaos or Bust.
The first six songs are 100% COOTER style punk/crust/metal anthems about fucking shit up in the streets, American nationalistic lunacy, personal relationships nightmares, and late-night misadventures.
Then are a series of COOTERfied covers of MOTORHEAD, THE MISFITS and DISCHARGE.
The title track "Chaos or Bust" caps off this immense release, based on the chaos theory or "butterfly effect," where one tiny event can trigger off the most powerful of events (such as hurricane Katrina, which just recently devestated much of THE COOTERS home state of Mississippi).