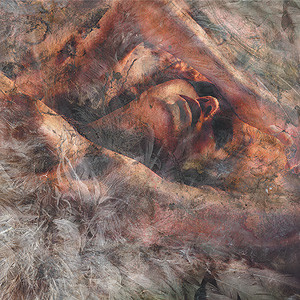 Unloved And Weeded Out (LP)

A nice collection of often overlooked material. Unloved and Weeded Out is an eclectic mix of earlier Converge material, presented in a neat package featuring interesting demos and intense live recordings as well as the bulk of the early material.
Rather than a full album, Converge's Unloved and Weeded Out is more of a compilation of sorts. It features tracks from various past releases as well as demo's of songs that would later surface on the album When Forever Comes Crashing. Two live tracks are also on offer here; both songs are from the band's earlier years but certainly demonstrate just how intense and brutal a Converge live set is - anyone who has seen the band live is likely to agree with the description I just gave.
The most notable thing about this album when compared to the band's other work is that the production is very different; each track sounds very raw and brutal. Downpour kicks the album into full throttle, showing every aspect the band have become renowned for using; Bannon's demonic shrieks and brilliantly crafted lyrics, Ballou's inventive riffs, Newton's thick bass tone and just general cacophony. The drumming is notably less complex when compared to the era that began with Jane Doe - Damon Bellorando was at the drumstool until his departure in 1999. Nevertheless, the band are unrelenting on every track featured. Homesong and For You are definite highlights here (both songs were featured on the reissue of Petitioning the Empty Sky as live radio tracks) as they show Bannon's lyrical mastery and ear-piercing vocal work to the highest standards. However, the standout track here is undoubtedly Undo (previously released on the Halo In a Haystack/Caring and Killing album). It differs drastically from anything the band have ever released in that the riffs and vocal delivery are almost in the vein of true emo.
Five demos of songs that would later be included on the 1998 release When Forever Comes Crashing are present on the disc. It is interesting to hear how the songs began and eventually how they would progress into what is presented on WFCC. But Towing Jehovah and When Forever Comes Crashing are probably the two best ones out of the five - the intro to the latter is one of the craziest and most innovative riffs Ballou has ever produced.
Two tracks from The Poacher Diaries are also featured as live recordings - the quality of both are in fact excellent. Each instrument is clear and the cacophony of a Converge live set is captured superbly.
Overall, whilst this may be very overlooked when observing the band's complete discography, Unloved and Weeded Out is certainly a very good collection of material to have, especially if you are new to the band.