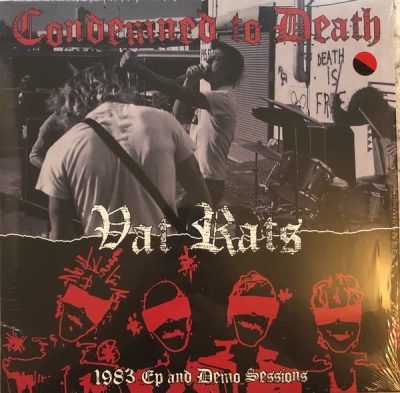 BACK IN STOCK!!! Condemned To Death was a San Francisco, CA-based band associated with the Vats; the Vats were an abandoned Hams Brewery where Bay Area punks squatted and bands such as MDC, Sluglords, and D.R.I., among others, rehearsed in the '80s. Condemned To Death was one of the best known bands that formed and rehearsed at the Vats. This full-length features their 1983 demo on vinyl for the first time and their sought after, 1984, full-session, R Radical Records EP.