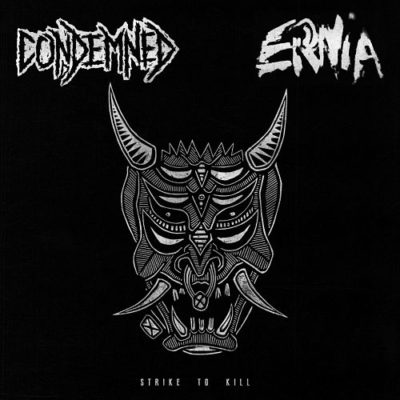 ERNIA (Zarautz, Basque Country) began at the end of August in 2010 originally as a three-piece. Influences range from crust to grindcore in vein of bands like DISRUPT, NASUM, PHOBIA, DOOM, and many others. After a few concerts, they asked Peña to join on vocals. ERNIA has three albums recorded. The first was recorded in 2014 with Lolo from Corsario Studios (Donostia, Basque Country). The second was recorded in 2017 in Etxegarate Studios with Martxel. The most recent album was recorded at Corsario studios again in 2019.

CONDEMNED-members of OILTANKER, CONSUMPTION, CHEM-TRAILS, and THE HAMMER). CT CRUST in the heavy influence of STATE OF FEAR, DISFEAR, DOOM, AUS-ROTTEN.