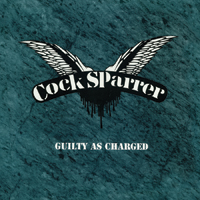 Available in three versions, and remixed and remastered to bring out the energy underneath this perhaps under-appreciated release, this again allows this music to shine, as it should. Amidst all the craziness in the "punk rock" world in 1994, this was Sparrer's answer... a tip of the hat and two fingers in the air letting everyone know that what all the kids were all of a sudden making money selling, they'd been doing for over twenty years. ...Because they loved it! They weren't going to stop having fun and doing things their way, as can be witnessed all over this record. Two of the versions even include a limited edition one-sided silkscreened 10" with the (remastered) studio tracks from the "Run Away" single released in Germany the following year.