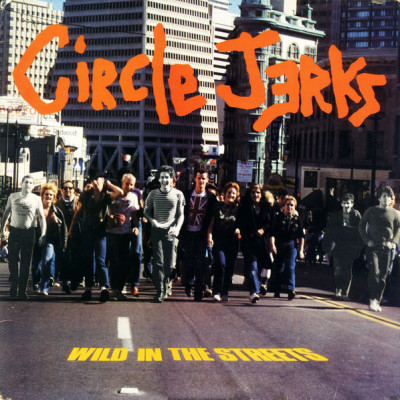 Wild In The Streets (LP)

BACK IN STOCK!!!
'Wild In The Streets' was the second studio album by American hardcore punk band Circle Jerks. It was released on 1982 by Faulty Products, a sub-label of I.R.S. Records. The album featured three cover songs, including the title track, originally by Garland Jeffreys, 'Just Like Me', originally performed by Paul Revere & The Raiders, and 'Put A Little Love In Your Heart', originally performed by Jackie DeShannon. The album cover, a photo by punk photographer Ed Colver, featured an image of the band members and others (including Mike Ness of Social Distortion) running in the streets.