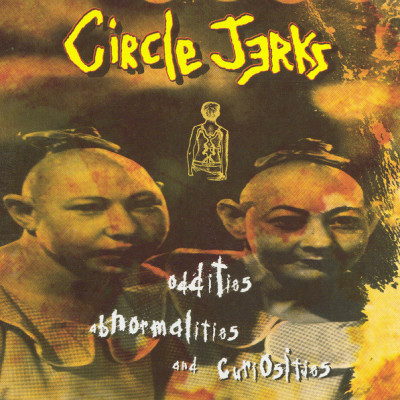 With Green Day, Offspring, and Rancid proving that punk bands could be profitable in the mid-90's, major record labels went on a mad signing spree snatching up pretty much any punker that could potentially be viable, mirroring the grunge boom from just a few years prior. The great Snatch-up involved signing unknown bands, hot bands on the rise and in the Circle Jerks case, respected veterans that never really had mainstream success.

Released on PolyGram, Oddities, Abnormalities, and Curiosities was the first album after the band's 1994 reformation following their 1989 break and would serve as their last to date. More than anything, the album showed that no matter how you tried to shape them, the raw power of the Circle Jerks would always shine through. It also showed that some bands just aren't fit for mainstream taste. Get it now!