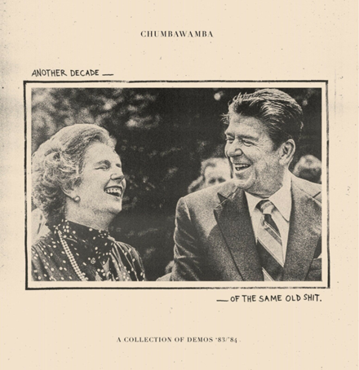 A collection of demos from the North of England band responsible for helping everyone get back up when they have been knocked down and, later, for dousing John Prescott with a jug of water. Expect a raw fusion of punk, pop and folk from the heady, early days of their 30-year career. No tubs were thumped in the creation of this record. The LP includes the early demos Be Happy Despite It All and Another Year of the Same Old Shit.