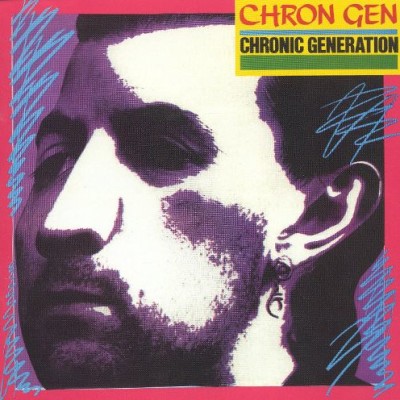 BACK IN STOCK!!! A bonus-stacked reissue of the Hertfordshire punks' 1982 debut album, itself one of the most brilliantly brittle concoctions in the entire Oi! canon. Chron Gen had already been around for two years by the time they cut the LP, a legacy that is encapsulated among the dozen-bonus tracks here. Only a smattering of live cuts are omitted from the roundup (including, somewhat disappointingly, "Abortions" and "Ripper"), but the compilation-only "Clouded Eyes" is here, together with the late 1982 Outlaw EP. The album is a little clumsy in places -- songs like "You Make Me Spew" and even "Chronic Generation" itself have not aged well. But, then again, were they meant to? More than any other of punk's offspring, Oi! was music-for-the-moment, blind rage kicking out at the things that enraged it at the time. There was no thought for history, no attempt to stash something away for the future -- hell, most bands weren't even sure there would be a future, let alone one that would still be listening to 20-year-old punk rock. So accept Chronic Generation for what it was meant to be -- the long-awaited debut by one of the movement's mightiest noise-makers, and it won't disappoint. But if it does, the two covers will certainly raise a smile -- "Jet Boy Jet Girl" amped to rocket-propulsion proportions, and "Living Next Door to Alice," performed in such a way that you'll have no problem understanding why Alice had to move house!