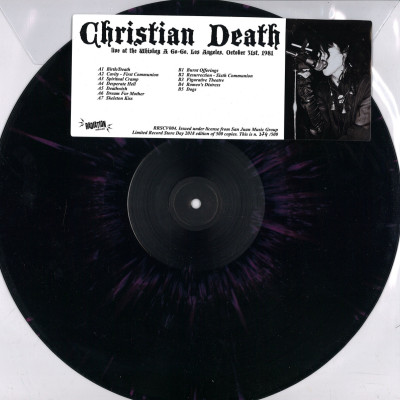 What we have here is the earliest known recording of this legendary gothic death rock band fronted by the inimitable Rozz Williams! Christian Death formed in LA in 1979 but did not release their first record, the legendary Only Theatre Of Pain, until 1982. Here in raw and heavy versions are tracks from that debut as well as other cuts that wouldn't see a released studio version for several years! Is there a more appropriate date for a live recording than Christian Death on Halloween A killer live set from LA death rock heroes reissued in a purple and black splatter numbered limited edition of 500 copies.