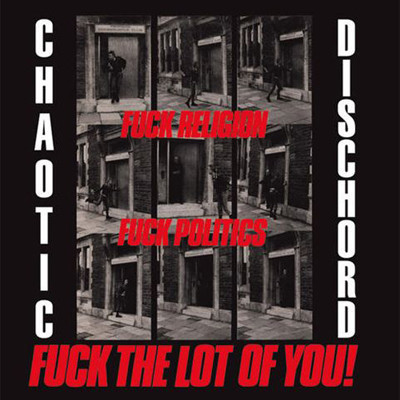 Fuck Religion, Fuck Politics, Fuck The Lot Of You! (LP)

BACK IN STOCK!!! Chaotic Dischord was formed by roadies of Vice Squad who wanted to take on the sound of bands like Disorder and Chaos UK but ended up creating this record which stands next to those bands in terms of quality and urgency. "Fuck Religion É" is their debut LP which came out on Riot City Records in 1983 and now it's been officially repressed by Radiation Records.