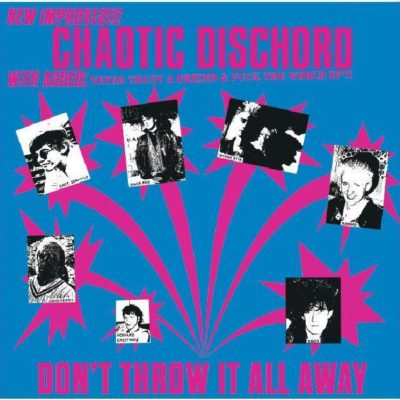 Don't Throw It All Away (Plus Singles) (LP)

This collection compiles all the Chaotic Dischord 7” tracks released on UK punk label Riot City and the sought after ‘Don’t Throw It All Away’ Mini LP from 84. These recordings have been unavailable and out of print on vinyl since the mid-80s. Originally formed in 1982 as a joke by members of Vice Squad and its roadies, they quickly became popular after their inclusion on the seminal 1982 UK Punk compilation ‘Riotous Assembly’ released by Riot City Records. They would go onto to become an influential and popular 82 UK Punk band.