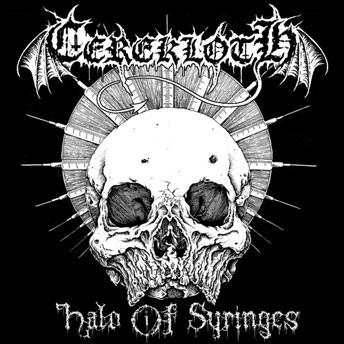 The Danish abomination of Cerekloth come slithering with an album teaser in the form of a 3 track EP on both 7" vinyl & CD format. Presenting an exclusive version of "Halo of Syringes" that will be the most obscure track on the forthcoming and yet untitled debut album. This release also holds a final and slightly re-arranged version of "Shattered Hourglass" (Previously only released in rehearsal format) as well as an exclusive instrumental named "Detaching". Extremely dark and unsettling new material from Denmark's best kept death metal secret, finally unleashed upon mankind with a powerful production and stellar artwork.