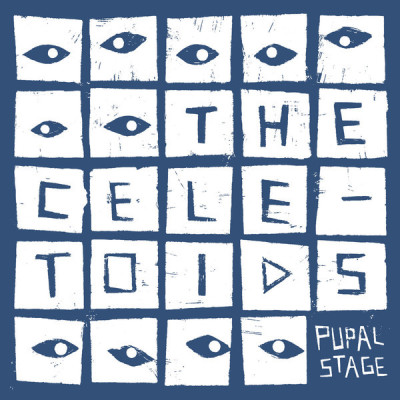 Although The Celetoids are a fairly new band, their members were involved in bands whose records we've put out in the past. Remember the Modern Delusion/Chresus Jist split 7"? Well, 2/3 of Modern Delusion teamed up with the drummer from the now-defunct Chresus Jist and thats how The Celetoids journey began. The trio plays a frantic, nervous and rabid kind of furious punk rock inspired by the first wave of British punk and obscure KBD gems, even outsider punk weirdos like Rudimentary Peni, whilst the lyrics read like ramblings about Max Headroom, gremlins, paranormal activities, suicide, worthlessness of the human species and general paranoia. Covers screenprinted by the band.