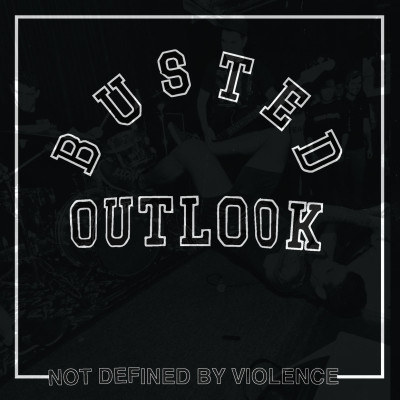 Not Defined By Violence (LP)

Busted Outlook are one of the most interesting and heavy hitting new HC bands out of the west coast of the USA. This Bay Area/California based band was formed out of current and former members of PERMANENT RUIN, IN DISGUST, NO MISTAKE, SECRET PEOPLE, and CONDITION. This list does not do B.O. justice though, because when we talk about high-energy, full on direct Hardcore in which clashing elements of late 80's NYHC, Boston HC, or fast and direct early 80s USHC, they meet all the best parts of each. Members of the band mention bands like Y.O.T, Uniform Choice, Outburst, Absolution, Confront, Altercation and SSD as strong inspirations so you can get a good clue as to what they are serving up. Their well written lyrics neatly combine personal and political, offering their own perspective and experience, are urgent and refreshing. "Not defined by violence" is B.O.'s first 12" release, following two 7"s previously released (on Warthog Speak and Speedowax Records).