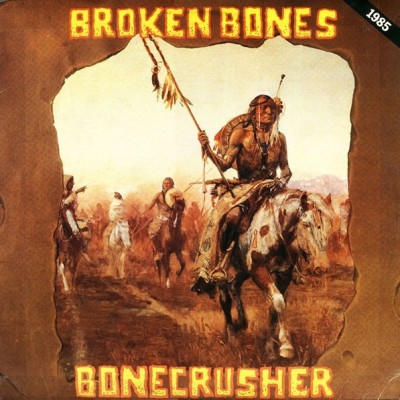 Originally released on the Combat Core label in 1985, and meant as a USA-only release, 'Bonecrusher' features some of the most beloved Broken Bones tracks. Moving towards a more metallic approach, compared to the punk fury of their debut, this release helped the band (with ex-Discharge members) build a USA fan-base. Officially re-released by the mighty Radiation Records from Rome, this jewel has just been exhumed after 30 years of sleep!