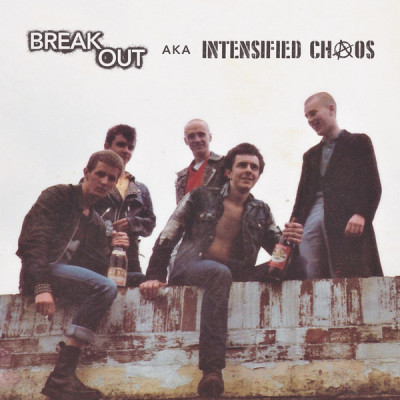 Formed in 1980, Intensified Chaos (changing their name to Breakout in 1983) were a D.I.Y. 80s UK Punk Band from the West Country. With one boot on Oi! and the other on the raw Uk82 sounds from the era, the band survived a myriad of line-up changes (including one in the vocalist slot in 1983) and recorded a bunch of urgent, powerful and incendiary demos that only a few lucky ones could enjoy until now. This lp presents a thorough overview of their surviving recorded demos from 1982 to 1984, 14 tracks of pure pissed off, rough Punk to finally make justice to this unfairly obscure bunch. Only one of their recorded songs(“Waste Away” by Breakout, featured on the hard to find Punk compilation album “Wet Dreams” in 1984) was ever published on a record, so this is the very first time this songs are available on vinyl. Raw, uncompromising working class punk for the Thatcher era, up the Punks!