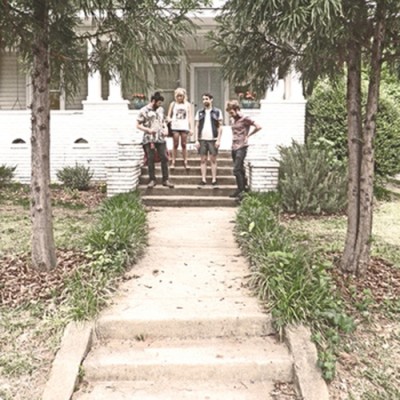 The first two singles from North Carolina's Brain F≠ left a lot of people scratching their heads: Is it garage? Is it hardcore? (It's definitely punk.) How did they write such catchy riffs? How do you pronounce "F≠?" Brain F≠'s debut long player, Sleep Rough, will force you to ponder those same questions and may breed even more (and we mean that in the best way possible). Everything has been amped up for this release... the hard stuff is harder, the catchy stuff is catchier (oh, is it catchy!), and the weird stuff is weirder. There's no need for band comparisons, but if you're into that sort of thing then imagine the SAINTS' minds in TEENGENERATE and the AVENGERS' bodies sent to a dystopian future. Really, though, this sounds like the year 2011; if you like huge guitars, endless vocal hooks, and a turbo-charged rhythm section (you do), then you need to hear this record.