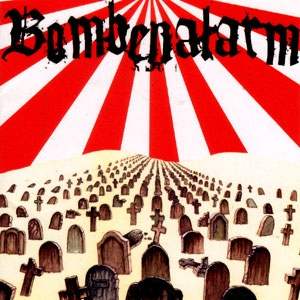 New generation of German Hardcore!!!
Together with another noticing german band BRUIAL who released the 1st LP recently, they are one of the most active band these days! This is the Japanese version of their 1st LP released in 2005 with tracks from 1st EP released in 2004 as a bonus tracks, all in 1 CD!
Like BURIAL, Their sound is influenced by 80's Japanese HC & mighty TRAGEDY, full of spiritual, conflictable KAMIKAZE HARDCORE ATTACK!
CRUST, JAPCORE, IMPULSE, EMOTION, All swallowed & fired as a 21st century type new generation HARDCORE in here!!