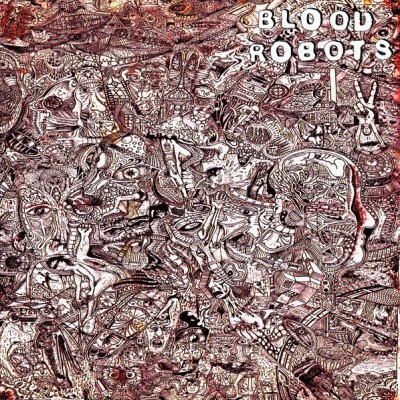 The Newcastle band Blood Robots started out early 1982 with Hec on drums, Sned on on guitar/vocals and a number of different bass players coming and going... Members of that band seem to have been in pretty much every Punk or hardcore band from the U.K. in the last 25 years or so: Generic, Health Hazard, Ebola, One By One, Boxed In... you name them. Blood Robots started in 1982 and recorded 2 demos, a split flexi 7" with Reality Control and a few compilation tracks. Here's most of their recorded work combined on a record that has more than 40 minutes of superb and pretty unique Punk, that has been influenced by Swell Maps, The Fall and of course Crass. Limited to 500 copies!