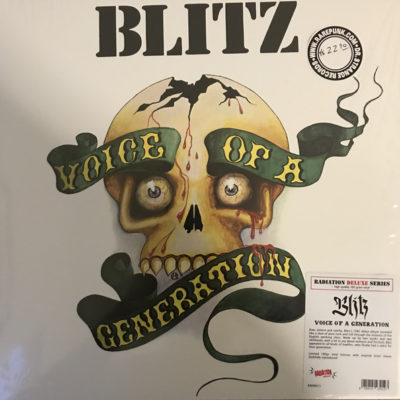 Voice Of A Generation (LP)

BACK IN STOCK!!! Raw, violent and catchy, Blitz's 1982 debut album sounded like a shot of pure rock and roll through the violence of the English working class. Made up by two punks and two skinheads, with a lot to say about violence and football, Blitz appealed to all kinds of lowlifes, who finally had a voice for their generation. This new version of the long out of print classic includes three bonus tracks (two from the 'Carry On Oi!' comp and one from the 'Total Noise' comp).