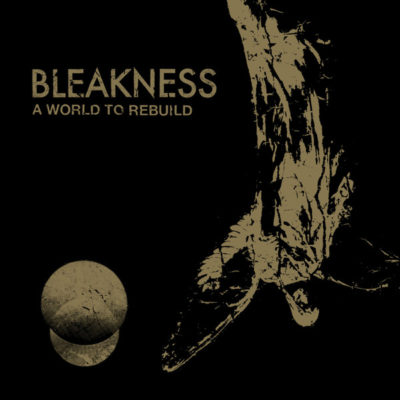 A World To Rebuild (LP)

This 6 songs EP includes the two very last songs written before the band entered Swan Sound Studio : « A World To Rebuild » and « Revenge », some may see in these an indicator of the direction that the next recordings will take. This record also includes re-recorded and slightly different versions of Discarded Tales and Remedy The Unease, this one was previously released as an instrumental on the Disquietude 2018 demo. And to give even more consistency to this 12 », long time friends Jacky Cadiou (from Syndrome 81) and Ryan Pattersion (known as Fotocrime) have worked on remixes of « The Closing Door » and « Over and Over ». The result is both varied and coherent, this limited 12” is a collection of dark and bleak melodies played in different forms. Depending on their mood, the listener can enjoy these sad Bleakness hymns in a raging post-punk or almost cold wave and terribly dancing way.