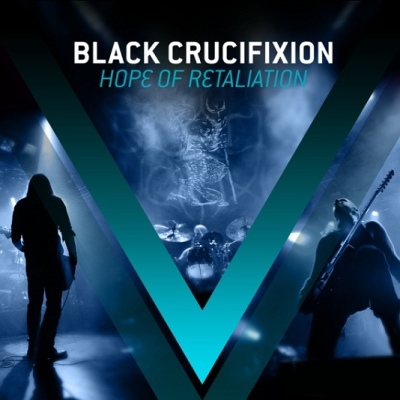 Black Crucifixion is an archetypal representation of an outfit whose career spans over a period that mocks the scope of an elephant’s long-term memory while still bearing little resemblance to anything you would call active, let alone prolific.
Twenty years, a fistful of demo material, one EP, a lonesome full-length, a stray over-the-top live recording plus a smattering of gigs: That sporadic output would probably inspire the devil’s advocates and other whistle-blowers to grumble about a lengthy-yet unproductive career not worth fawning upon, but these one-time Laplanders beg to differ.
Namely, Hope of Retaliation, their most recent offering, presents four new tunes (well, three actual songs and one interlude) and five live tracks that run the gamut of their whole discography with their sole purpose to celebrate the band’s twentieth anniversary.
While the aforementioned hallucinatory polemicists might make a rather convincing case, HoR simply renders the charges null and void through sheer quality.