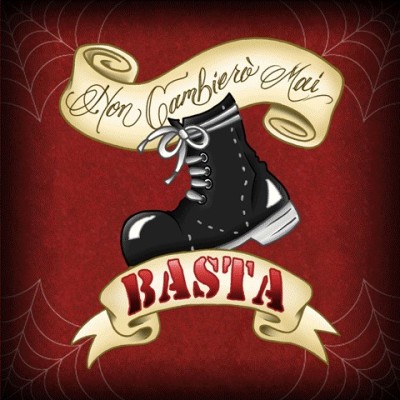 BACK IN STOCK!!! For those who never heard em before, BASTA was one of the first Oi! band from Italy. Hailing from Tuscany, they released a great 4 tracks 7" EP in 1984, then, following the trend of many Oi! bands picking a stand behind the wrong side of the fence, they decided to disband as they didn't want to be assimilated to the fascist Oi! skinheads that were taking over. Still skinheads, after all these years, they reformed and recorded new tunes. On the A side of this record you'll find 5 new tracks (that sound like they recorded em back in the day, which is good) and on the B side you can hear a remastered version (less rough and more powerful, really enjoayble) of their one and only release. Highly recommended to all the Oi! lovers out there.