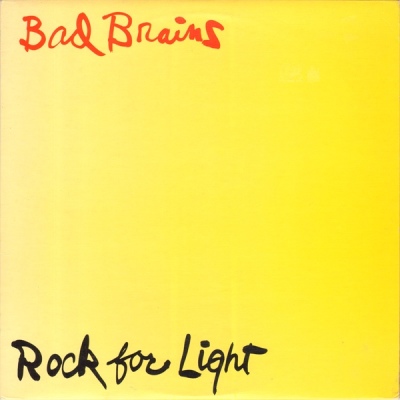 BACK IN STOCK! ”Rock for Light” is the second official full-length album by hardcore punk pioneers Bad Brains.
It was produced by Rick Ocasek of The Cars. The album contains a number of re-recorded songs from the band's first album, released the previous year, as well as a number of new HC, Punk and Reggae tracks. It was the last Bad Brains album to feature only these two styles of music, as the band eventually experimented with Funk, Soul and Heavy Metal.