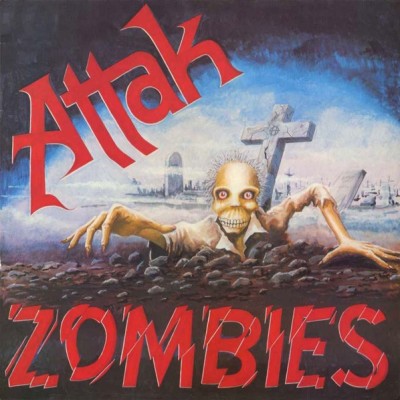 BACK IN STOCK!!! On vinyl and featuring remastered sound and reproduced artwork, this is a reissue of an LP from 1983 that combines hc fury with an Oi! attitude. Founded as a 4-piece in New Mills, in 1981, Attak was swiftly reduced to a trio (the singer left due to school committments) after which two 7-inches on the No Future label followed. 'The LP 'Zombies' was recorded -for the same label- after the band was joined by a second guitarist. The result was a criminally underrated classic, which is available again now at last. By the way, the drummer was the sister of Blitz's Mackie. Attak disbanded shortly after the LP was released.