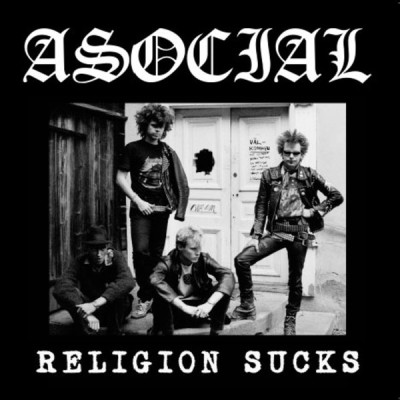 Credited by heavy metal expert Daniel Ekeroth as the true inventors of the blast-beat and the originators of grindcore (he defines Asocial as key to any survey of extreme music in his book 'Swedish Death Metal'), Asocial are a total cult among old European hardcore punk collectors. This long-awaited slab of vinyl collects their tape discography from 1982 and 1983 in remastered quality, their legendary 'Religion Sucks' 7", along with rare compilation tracks. Recommended for fans of Discharge, Varukers, Anti Cimex, Shitlickers, Mob 47.