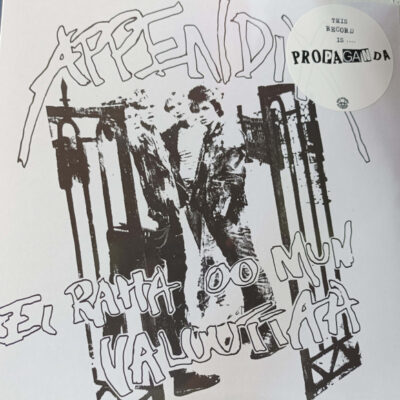 BACK IN STOCK!!! Vinyl reissue of their 1982 debut album. Finnish Hardcore Punk rarely gets any better than this. We are talking blistering dark edged punk, equally influenced by British DBeat Hardcore bands such as Discharge and American bands such as the Germs.The record is full of great guitar licks and catchy songs, always with a hint of melody in the songs and still doing it with all the intensity and ferocity of 80s Hardcore. The LP will be reissued with the original Propaganda Records artwork and posters.